The Birth Of Malayan Tigers' Conservationist From APU

Rajveen Kaur, 21, a graduating FinTech student from Asia Pacific University of Technology & Innovation (APU), who is passionate about animals, the environment and its sustainability, has recently been elected as one of the Malayan tigers' conservationists. 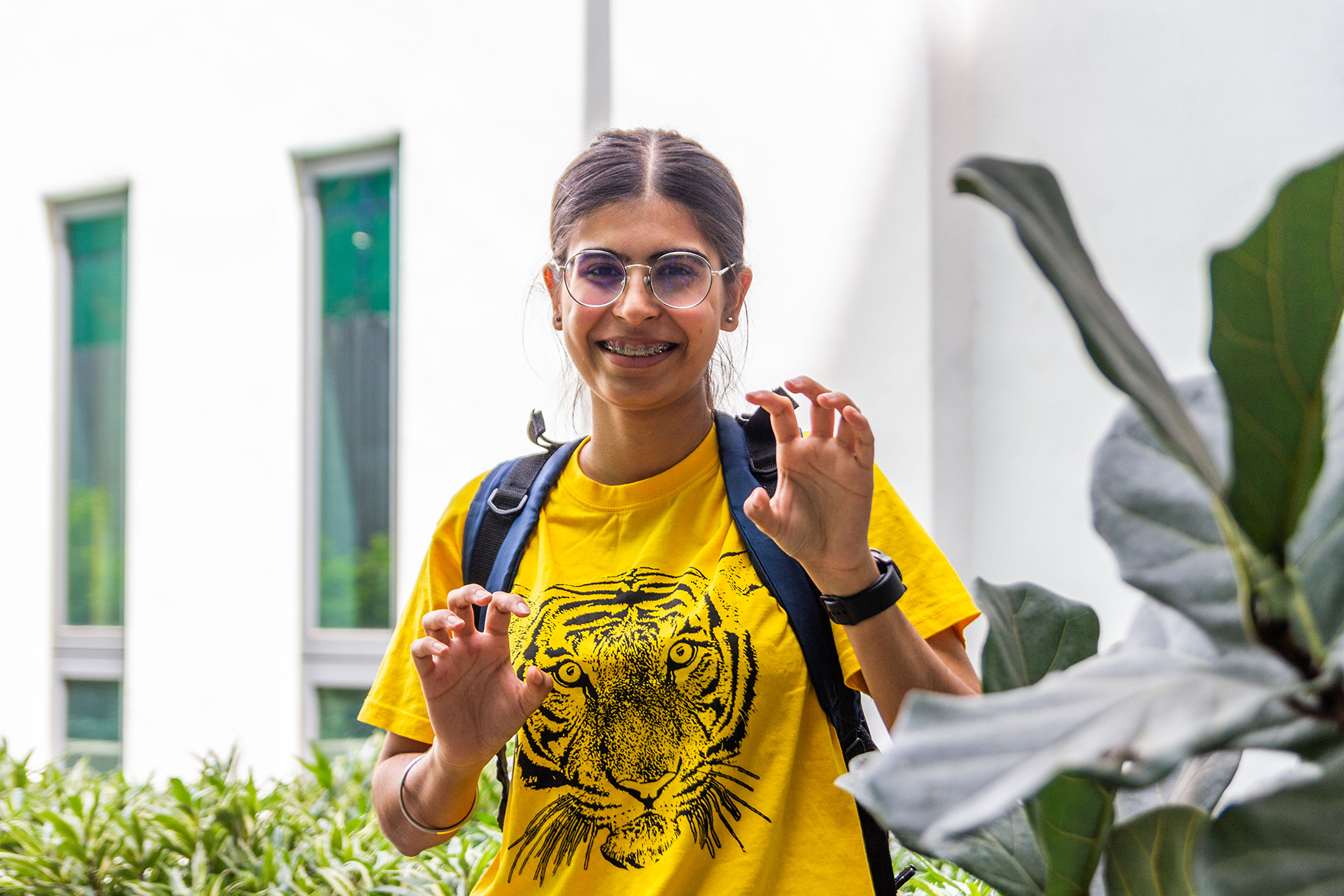 Rajveen Kaur, a Bachelor in Banking and Finance (Hons) with a specialism in Financial Technology student at APU, dreams of becoming skilful in the FinTech industry and being able to work with United Nations on their climate action and sustainable development goals.
Rajveen was elected by the Malaysian Conservation Alliance for Tigers (MYCAT) for its Youth for Tigers (Y4T) programme, as youths have a key role to play in bringing about positive change for the Panthera Tigris Jacksoni - the scientific name for this protected animal species.
Officially carrying out her duty as a “Stripe” – a title for the five student leaders from respective universities selected as tigers conservationists, with tenure from August 2022 to February 2023 – she is expected to work with other team members to organise a group and individual project for Y4T aimed at raising awareness and funds.
The appointment of student leaders for the newly launched Y4T programme was announced in mid-August 2022. 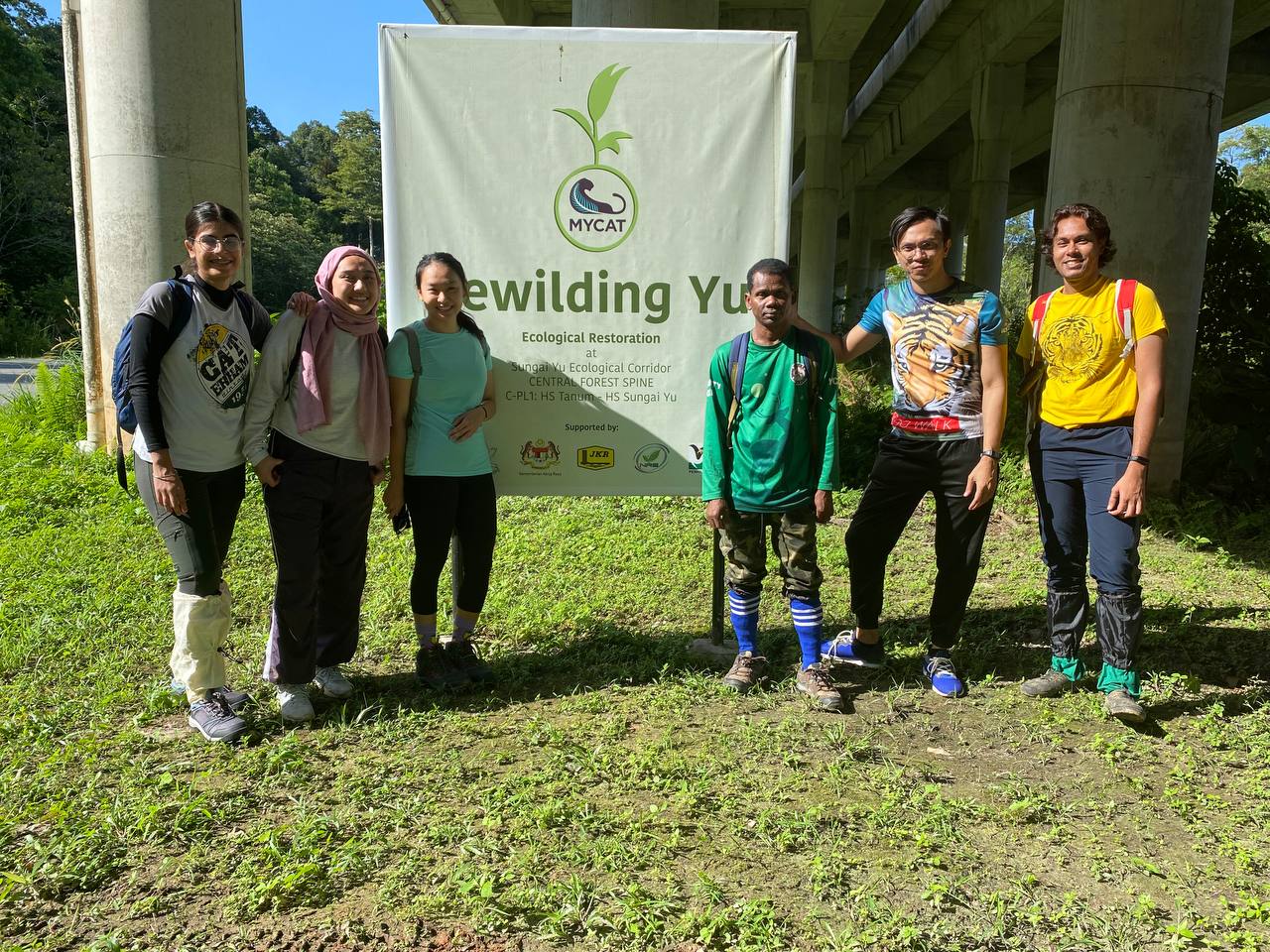 The newly elected “Stripes” begin their excursion in the forest. Rajveen Kaur (from left)  is with Ain Zahra from UPM, Amber Wong from TARUC, Adi the aborigine at Sungai Yu, Hasifullah Ibrahim from UM and Kushaal Selvarajah, MYCAT Supervisor.
“Malaysia is left with fewer than 100 Malayan tigers, and we are supposed to help to increase the population rate. Many of us are not aware that if the tiger population decreases or becomes extinct, the biodiversity will collapse.
There will be an overpopulation of certain species causing an imbalance in the ecosystem which eventually threatens our human species in future,” explained Rajveen, an active member of the Integrated Sustainability & Urban Creativity Centre (ISUC) Student Chapter at APU.
Admitting that she is not an outdoor activity lover, Rajveen nonetheless wants to grab this once-in-a-lifetime opportunity to step out of her comfort zone and learn how to conserve Malayan tigers.
Adjusting to her new role in the second month, Rajveen underwent her first excursion to Sungai Yu Ecological Corridor, located 15 km south of the Taman Negara National Park entrance with a diversity of mammals, to experience CAT Walk.
CAT Walk is a flagship programme organised by Citizen Action for Tigers (CAT) under MYCAT. It calls upon citizen volunteers to patrol a critical wildlife corridor, identify signs of wildlife, and report poaching, illegal mining and forest clearing.
The three days and two nights' adventure was indeed an extraordinary experience for Rajveen, “We arrived late afternoon and the next morning, with the help of Adi, an aborigine from the local community commonly known as Orang Batik, we embarked on a patrolling mission.”
“It was a very steep trail, we heard sounds of different animals in the forest as if I was in a Bear Grylls wildlife adventure series,” she sniggered, “We also saw marks of tiger scratches on the tree branches.”
“We headed to MYCAT fieldhouse to brainstorm on our individual and group projects and ended the night with a campfire and barbeque. We were introduced to Alex Jack, who is in charge of the reforestation project and looks after a plant nursery near Batik Village.” Rajveen (right) and the “Stripes” visiting a plant nursery near the Batik Village taken care of by Alex Jack (centre), MYCAT Reforestation Project Manager.
When asked what was most rewarding to be part of the movement, Rajveen, who dreams to be able to work with the United Nations on climate action and sustainable development goals said, “I am putting my foot forward in helping our much-deserved tigers!”
“I will be more happy and contented if I can get some youths involved and create a change for the tigers in the future. I strongly believe that it is our duty, to create a better world and environment for tigers that are on the brink of extinction.” “I have always wanted to put my best efforts to maintain, preserve and conserve our mother earth and the other living creatures that reside with it.” - Rajveen Kaur.
Proud of a “Stripe” from APU, ISUC Student Chapter advisor, Ms Abbhirami Sivarajan said, “We are happy to see Rajveen pass through a stringent screening process and finally been elected as the Malayan tigers’ conservationist.
I believe through a structured programme of mentorship and project-based challenges, she will be able to create tangible positive impacts on the environment and biodiversity, together with the rest of the Stripes,” said Abbhirami.
Founded in 2021, the ISUC Student Chapter works hand-in-hand with the ISUC research centre’s main objectives that align with the Sustainable Development Goal (SDG) prompted by the United Nations. For Rajveen, here is a stepping stone to put her efforts into maintaining, preserving, and conserving mother earth.
“It has been an eye-opening experience for me with lots of growth and lessons to learn from by working on projects and activities that contribute to environmental sustainability with other highly dedicated and passionate club members,” she concluded.