HomeNewsGuiding Millennial Students To Experiment With Their Own Start-ups

Guiding Millennial Students To Experiment With Their Own Start-ups 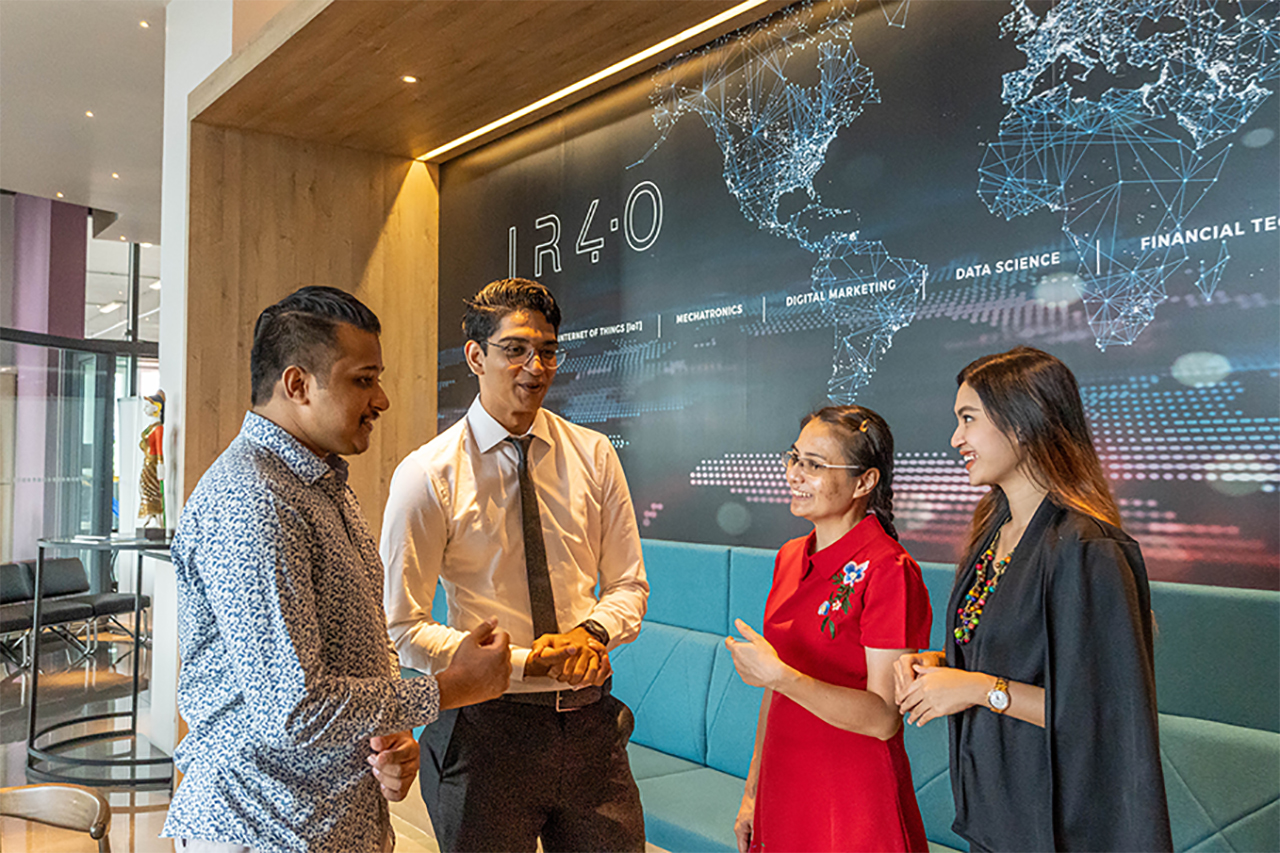 (From left) Sharvin Ravindran, Vishal Maheshwari, Prof Angeline Yee and Kirana Maharani believe start-ups are the way forward for millennials.
KUALA LUMPUR – Vishal Maheshwari, Kirana Maharani and Sharvin Ravindran share a common bond. All three believe that developing a start-up – an enterprise at its nascent stage – provides a pathway to bigger and better opportunities for themselves, as opposed to working as salaried employees.
They subscribe to the view that building a brand and a name in the field of business and entrepreneurship through budding companies with strong potential is the future for millennials.
Currently all three are final-year students at Asia Pacific University of Technology and Innovation (APU), where they attend different schools of study. Vishal and Kirana are international students.
Vishal attends classes at the School of Technology, pursuing an IT degree specialising in business information systems, while Kirana is at the School of Business where she is studying for a business management degree, specialising in e-commerce. Sharvin is pursuing software engineering studies at the School of Computing.
Their common dream is to develop and build their own start-ups with mentorship from successful industry partners. They are currently looking forward to attending an Entrepreneurship Summit slated to take place at APU in August this year.
“The exposure at APU has been great,” said Kirana, who hopes to bring the ideas and connections she makes here back to her native Bali in Indonesia.
We have made so many connections with industry leaders and have had time to think through our plans and ideas for e-commerce start-ups.”
Prof Angelina Yee, who is director of research and enterprise at APU, feels it is important to impart entrepreneurship DNA into students, regardless of their field of study.
The Enterprise@APU forum provides a platform for students to explore their entrepreneurial ambitions and to bring ideas to reality. It features the APU SandBox Incubation Centre (ASBX) that organises talent development programmes on campus, which provides a pathway for students to have entrepreneurship as a career option.
“The Enterprise@APU is composed of a team of 23 APU academics with technology and business expertise, and has more than 200 student participants in their programmes, with one aim – to build their entrepreneurial skills and transform their mindset,” Yee said.
“The programmes will help students test the viability of their ideas, pitch to potential investors, grow their business ventures and address challenges faced.
“Throughout the programmes, they are in touch with an appointed industry mentor,” she added. 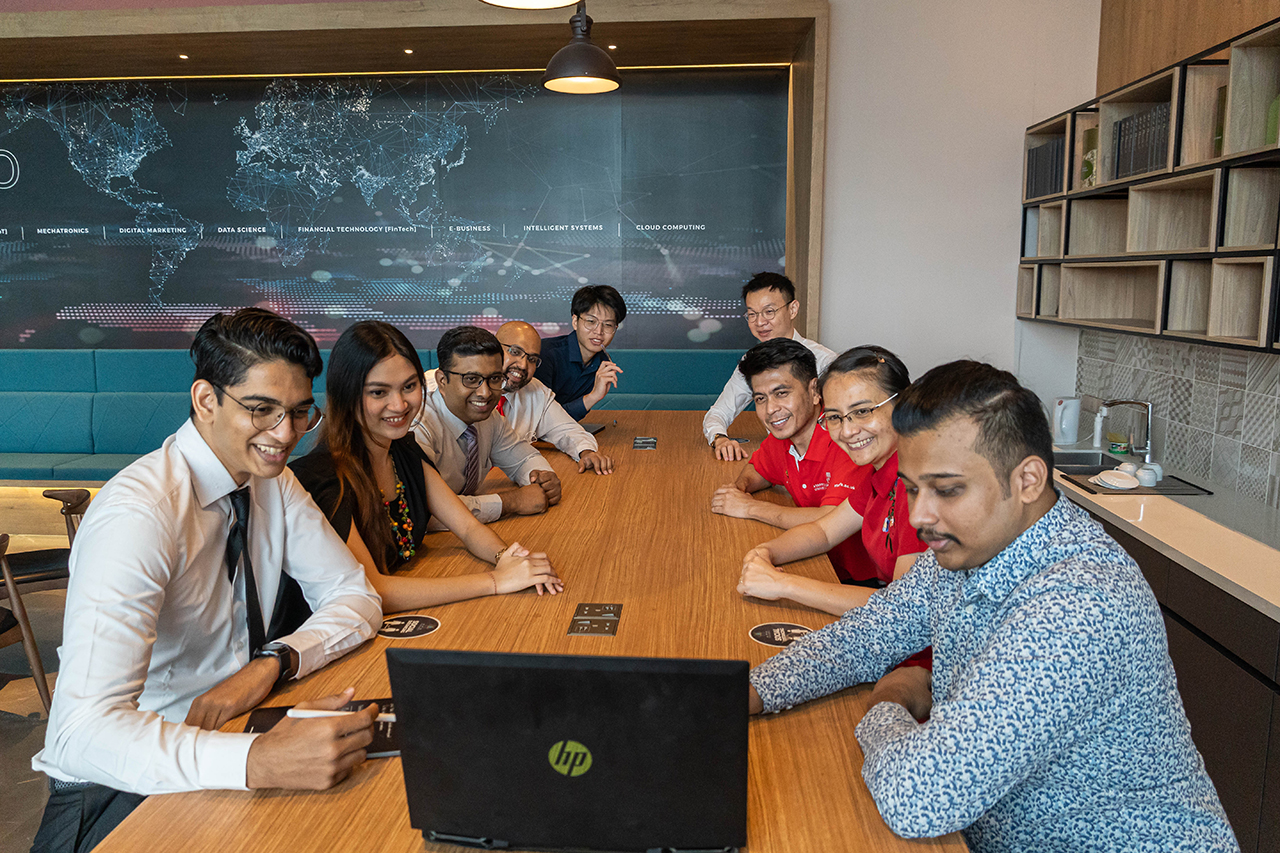 Aspiring future entrepreneurs at APU regularly discuss initiatives for their start-ups.
Currently, one such initiative is the “start-up weekend”, an idea-formation boot camp organised twice a year. It provides an opportunity for enterprising students to work as a team to transform their start-up ideas to reality.
One such initiative organised in March 2022 attracted the interest of 54 participants, who brainstormed their start-up concepts from all angles.
The group winner for the start-up weekend this year was “Foodport”, headed by Vishal, with the idea to design an app that directs trucks to locations where the largest customer clusters can be found.
“The idea for the two-way GPS was to allow customers in need of food trucks to track the location of their chosen food trucks, and for food trucks to head to large clusters of much-needed customers,” said Vishal.
Students forge own ideas, build on own forte

Kirana feels that luxury brands are craved by many but are quite unaffordable. So she decided to create a platform for the rental of luxury branded labels, to allow those interested to wear such items for a day, or even a month, depending on how long they can afford to rent.
“The platform, ‘Luxon’, is now in the process of being refined and my team is working out how to market and sell the platform,” said Kirana, who feels that while there is demand for luxury items, few can afford to buy them.
“Perhaps, a start-up that offers rental is a better option,” she said.
Sharvin, who chose to complete his 16-week internship at ASBX, said it gave him the opportunity to “forge his own ideas” and he decided board games are his forte.
He hopes his new board game, Master of the Eeons, will be marketable in the future, with other board games in the pipeline.
Vishal, currently vice-president of the Enterprise Club, also known as the e-Club, feels passionate about the organisation set up for students by students.
“At the committee level, we organise multiple workshops and activities for the students to develop and train their minds to think as an entrepreneur would.
As a good example, Jason Chew, the founder of the codeless movement in Malaysia and CEO of KopiDao, taught students to create their very own minimal viable products (MVPs) with minimum coding,” Vishal recalled.
“The students are taken on company visits so they can see first-hand how a company was created, built and scaled-up, and the various challenges faced by the founders.”
He added that a Venture Day Carnival, jointly organised by the e-Club with eight other clubs in APU on June 18, provided a platform for students to test their marketing skills in promoting their newly created products. 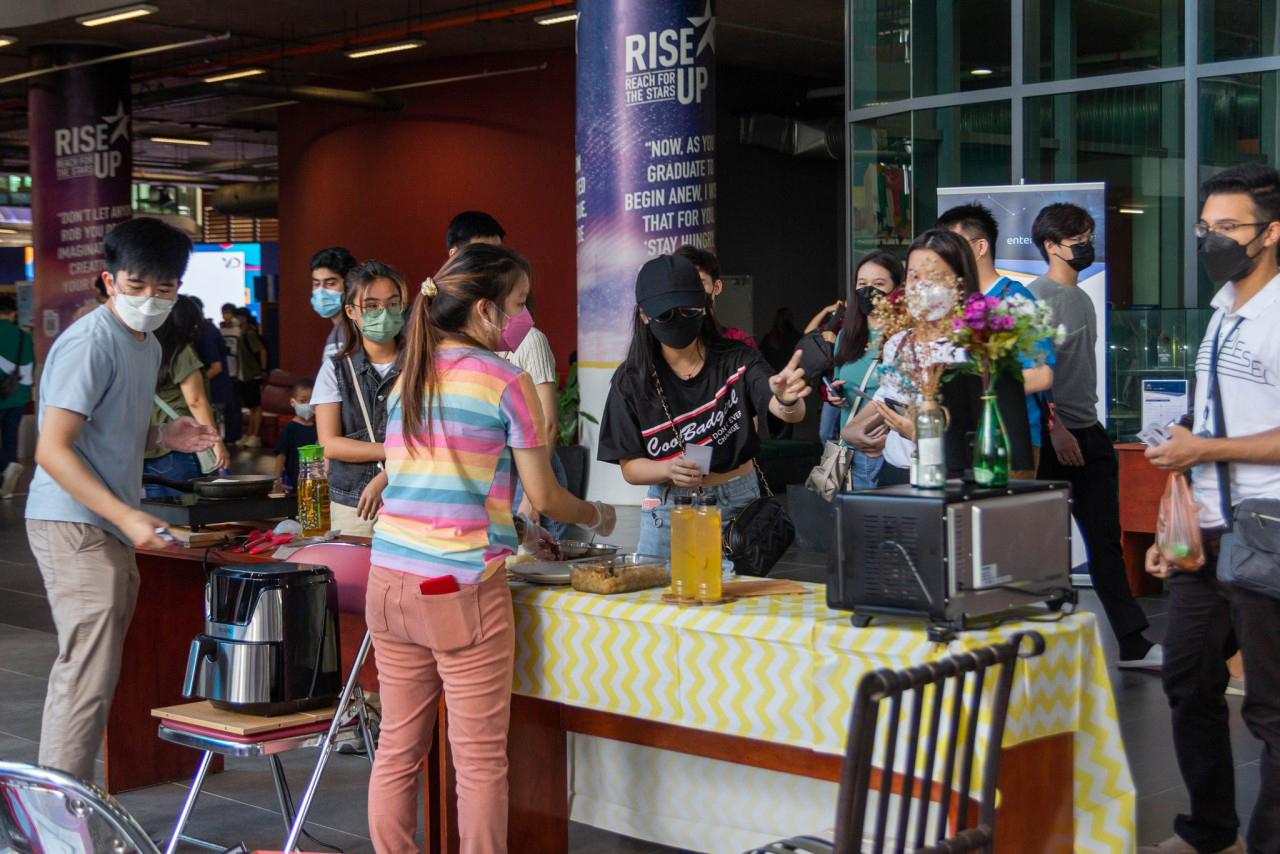 One of the stalls set up for the Venture Day Carnival, jointly organised by the e-Club with eight other clubs, at APU.
Yee also said that APU supports Malaysia’s National Entrepreneurship Policy, where the nation aspires to become an outstanding entrepreneurial nation by 2030.
“In support, APU further expanded its initiative to include nine other universities in Asean and Africa, mainly to exchange knowledge and skills among the various universities, providing a further platform for the enterprising students,” she added.
The nine universities involved from across the Asean region are Tra Vinh University and Can Tho University in Vietnam; Universitas Trisakti, Telkom University and Universitas Indonesia in Indonesia; Palawan State University in the Philippines; Chea Sim University of Kamchaymear in Cambodia; and the National University of Laos, while an institution from Africa, the University of Mpumalanga in South Africa, is also part of the initiative.
With the cross-border programme, Yee hopes APU students and staff, as well as those from the nine universities, can collaborate through mutual visits; access to facilities in incubation centres; understanding and accessing each other’s markets; and joint research related to entrepreneurship.
– Featured by The Vibes, June 19, 2022
https://www.thevibes.com/articles/education/63736/guiding-millennial-students-to-experiment-with-their-own-start-ups