APU Multimedia Technology student, Lee Sin Yin, made the most of her creative abilities and created her own story among more than 1,000 competitors “Winning does not always mean being first. Winning means you are doing better than you have ever done before,” said Bonnie Blair, former Olympic speed skater from the United States (US).
The same can be said for Lee Sin Yin, a Multimedia Technology student who finished within the Top 5 in the Adobe Certified Professional (ACP) Championship Malaysia 2022, which attracted over 1,000 participants.
The ACP Championship is organised by the Creative Cloud Community and provides a platform for students majoring in Art & Design to showcase their talents or work on a broader scale.
The global design competition tests students' design skills using Adobe software such as Adobe Photoshop, Adobe Illustrator, and Adobe InDesign. Sin Yin decided to enter this competition on the advice of her Mentor and (Senior) Lecturer, Ms Aida Zamnah Zainal Abidin, in order to learn more about industry design requirements and improve her design skills.
Her poster, titled ‘Every Furkid Has Its Own Story’, impressed the competition's jury due to her efforts to raise awareness as well as attract more volunteers, donations, and support in order to reduce suffering and advocate humane behaviour through education and the provision of rescue, rehabilitation, and shelter to abandoned, neglected and abused furkids.
“During the live test, I tried not to think about the competition and just have fun. So, it was a surprise to be named one of the Top 30 finalists to attend the ACP Grand Finale because this was my first time competing in the ACP Championship Malaysia,” she said.
Her participation in this competition provided her with valuable experience and the opportunity to see the extent of her abilities in using Adobe software and compete against a large number of talented students from 76 universities.
“I am so happy to have them as part of my art journey,” she said. 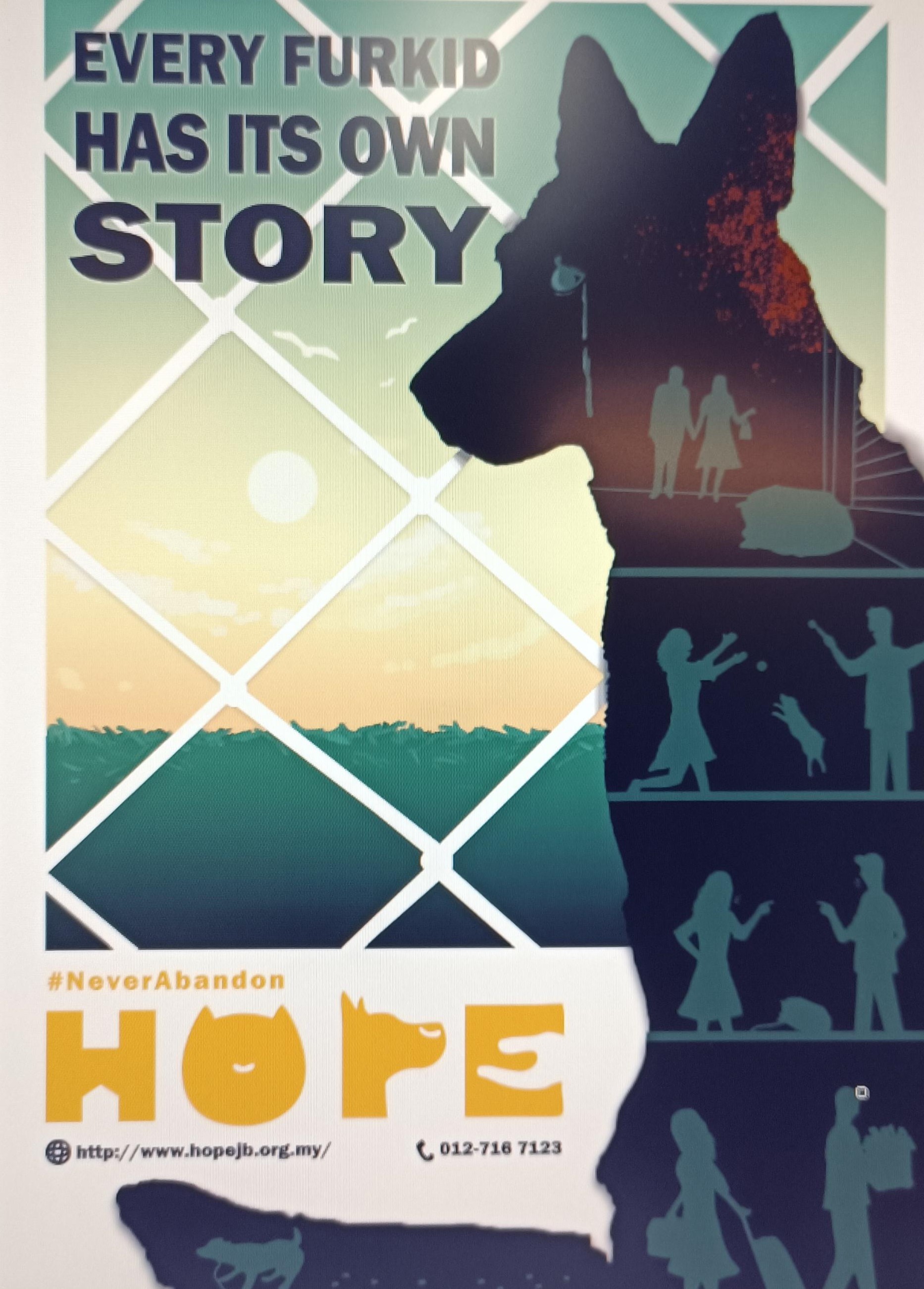 According to Sin Yin, the theme is quite difficult for her, but she tried her best to convey to the audience that they should never abandon the furkids, but rather adopt them and treat them as one family member.
Sin Yin expressed gratitude to her adviser, Ms Aida Zamnah Zainal Abidin, her family and classmates for the motivation, support and encouragement, which allowed her to learn a lot of new things from other talented people while also gaining a wealth of knowledge and skills that will be useful in the future.
“I would like to thank my classmates and lecturers for voting on my artworks during the ACP Grand Finale. I will treasure every moment of this artistic journey and hope to compete again next year,” she concluded.