“It is very hard to fail completely if you aim high enough,” remarked Larry Page who with Sergey Brin is one of the co-founders of Google.

This is a data analysis competition for university students in Southeast Asia, with the goal of nurturing competitiveness and critical thinking in data analysis.

With their Algorithm to predict numeric values and categorical variables using XGBoost Regressor and Random Forest Classifier, Denis and Zong Xian (team Exponentials) received the Best Algorithm Award in the final round.

They utilised these algorithms to classify the Submission dataset by focusing on feature significance to determine which variable is the most relevant to the targeted variable. 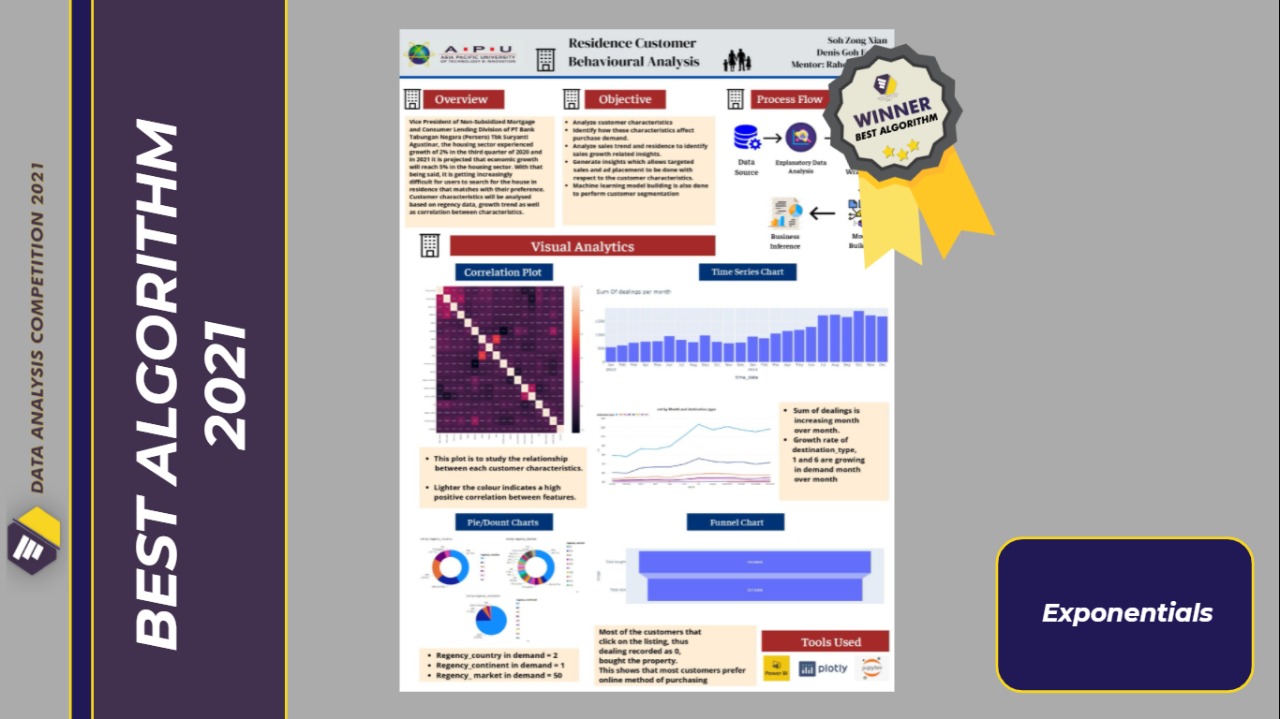 Mr Mafas Raheem their supervisor, was particularly helpful in developing and evaluating their algorithm, as well as advising them on Machine Learning methods.

He also provided them with some useful keywords to improve their research process, as well as machine learning best practises and some feedback on their algorithms.

“Because the preliminary round is just one week long, we finished our model implementation and documented it using the CRISP-DM Methodology.

“Our ensemble techniques combine multiple models to produce an optimal prediction model,” said Denis, who added that following graduation he intends to work as a Data Analyst.

Given the opportunity, he would like to gain expertise by working for a firm to build a new algorithm or upgrade existing algorithms in the future.

Zong Xian claims that, one of the algorithms developed was influenced by APU's Analytics Club's intelligent debates during their committee meetings.

He is impressed by data specialists in general and aims to be a data engineer in the future and be involved with a data science/analytics end-to-end project.